The word Islam, is derived from the Arabic word “Salaam” meaning “Peace”.
Thus, the word Islam can be translated as “I am Peace”. I + Salaam = Islam.

An excerpt from the article in the Moorish Literature entitled, "What Is Islam?"
​

Islam is a very simple faith. It requires man to recognize his duties toward God Allah, his Creator and his fellow creatures. It teaches the supreme duty of living at peace with one's surroundings. It is preeminently the religion of peace. The very name Islam, means peace. The goal of a man's life, according to Islam, is peace with everything. Peace with Allah and peace with man.
The Koran, the Holy book of Islam, tells us that the final abode of man is the "House of Peace." 'where' no vain word or sinful discourse will be heard. The Holy Divine Prophet, Noble Drew Ali, says that a follower of Islam in the true sense of the word is one whose hands, tongue and thoughts do not hurt others.
Object of man's life, according to Islam. is its complete unfoldment. Islam teaches that man is born with unlimited capacities for progress. Islam does not support the idea that man was born in sin. It teaches that everyone has within him the seed of perfect development and it rests solely with himself to make or mar his fortune.
The cardinal doctrine of Islam is the unity of the Father-ALLAH. We believe in one God. Allah who is All God. All Mercy, and All Power. He is perfect and holy, All Wisdom, All Knowledge, and All Truth. These are some of His great attributes so far as we can understand.
He is free from all defects, holy and transcendent. He is personal to us in so far as we see His attributes working for us and in us; but He is nevertheless, impersonal. Because He is infinite, perfect, and Holy, we do not believe that death, decay, or sleep overtake Him. Neither do we believe that He is a helplessly inactive and inert force. Nothing happens without his knowledge and will. He neither begets nor is He begotten, because these are the trails of frail and weak humanity.
This unity of Allah is the first and foremost pillar of Islam and every other belief hangs upon it.
​

Who is Allah to the Moors? ​ 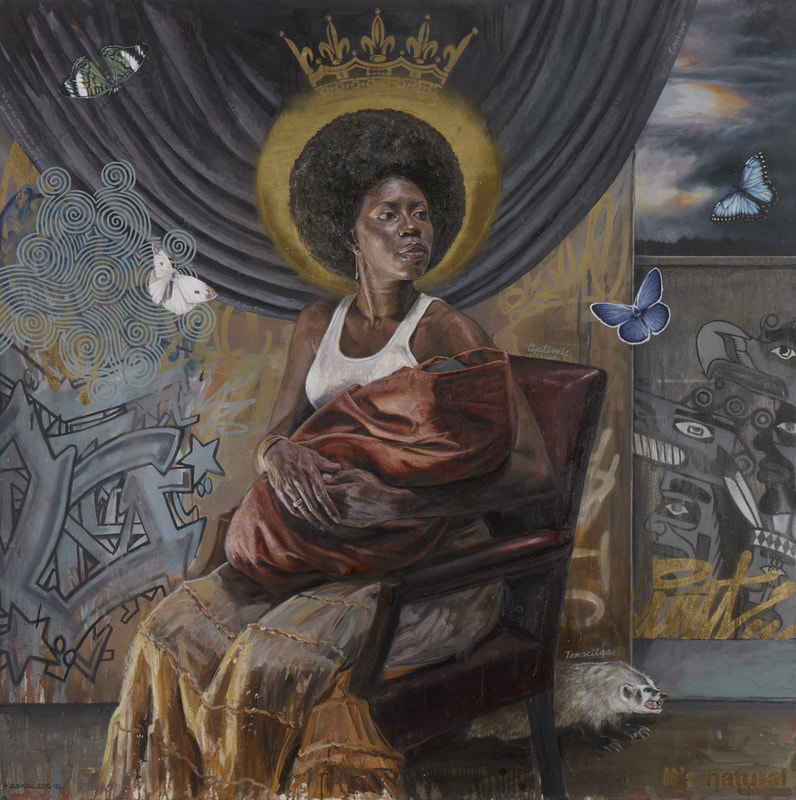 In Arabic there’s different types of both feminine and masculine nouns.
“ah” often indicates a feminine form, but it is also possible for masculine names to end with 'ah'. Thus, it is clear that the very title Allah, is feminine. When studying the Koran Questions for Moorish Americans, also known as “The 101s”, Drew Ali asked the Moors; “Who made you”, with the answer being “Allah”.

​It is genetic fact that all life, specifically humans, comes to this planet called earth, through the womb of woman. Just as the soil of Mother Earth acts as a womb for all seeds of every plant in existence.

The womb of woman is the gate by which the spirit enters the physical body. There, in her womb, the perfect temple is built and the spirit is wrapped in its garb called flesh. The flesh is the vehicle  we use to navigate this planet and learn our lessons. The first school room is the womb. The genetic memory of her, her mother, her mothers mother and her mother's mothers mother, until time immemorial, is encoded in every one of us in the womb (the Akashic records). Thus, woman, is the God, Invoker, El, Creator and strongest Spiritual Being on Earth. 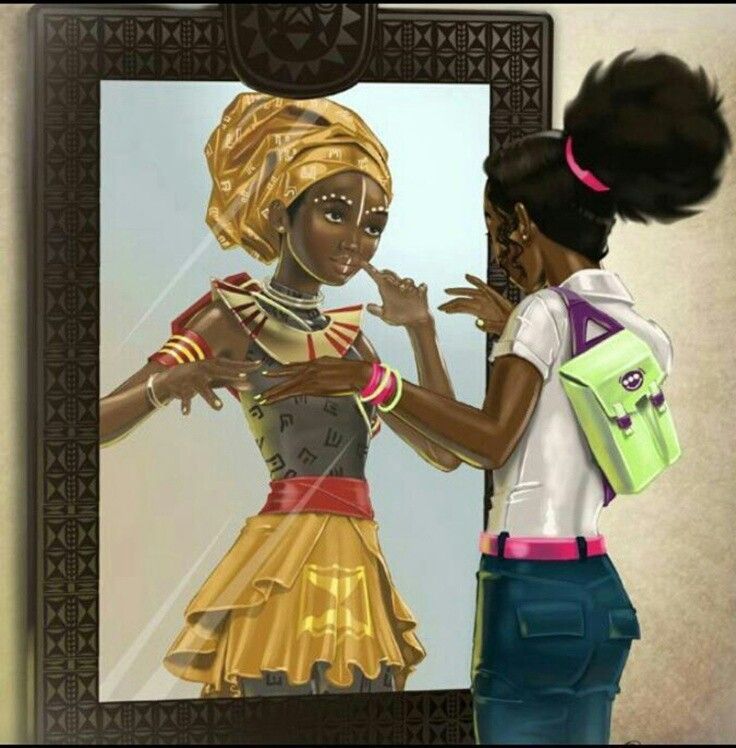 Excerpt from the: Koran of the Moorish Holy Temple of Science
The Creation and Fall of Man

“Man is a thought of Allah; all thoughts of Allah are infinite; they are not measured up by time, for things that are concerned with time, begin and end.
“The thoughts of Allah are the everlasting of the past unto the never-ending days to come. And so is man, the spirit-man.
“But man, like every other thought of Allah, was but a seed, a seed that held within itself the potencies of Allah, just as the seed of any plant of earth holds deep within itself the attributes of every part of that especial plant.
“So, spirit-man, as seed of Allah held deep within himself the attributes of every part of God.
“Now, seed are perfect, yea, as perfect as the source from which they come; but they are not unfolded into life made manifest. The child is as perfect as the mother is. So, man, the seed, must be deep planted in a soil that he might grow, unfold, as does the bud unfold to show the flower. The human seed that came forth from the heart of Allah was full ordained to be the Lord of plane of soul, and of the plane of things made manifest. So, Allah, the husbandman of everything that is, threw forth this human seed into the soil of soul; it grew apace, and man became a living soul; and he became the Lord of all the kingdom of the soul. Hark, now, let every creature hear, the plane of soul is but the ether of the spirit plane vibrating not so fast, and in the slower rhythm of this plane the essences of life are manifest; the perfumes and the odors, the true sensations and the all of love are manifest.
“And these soul attributes become a body beautiful. A multitude of lessons man must learn upon the plane of soul; and here he tarries many ages until his lessons are all learned. Upon the boundary of the plane of soul, the ether began to vibrate slower still and then the essences took on a final garb; the perfumes and the odors and the true sensations and the all of love were clothed in flesh; and man was clothed in flesh. Perfected man must pass through all the ways of life, and so a carnal nature was full manifest, a nature that sprang forth from fleshly things. Without a foe a soldier never knows his strength, and thought must be developed by the exercise of strength. And so, this carnal nature soon became a foe that man must fight, that he might be the strength of Allah made manifest. Let every living thing stand still and hear! Man is the Lord of all the plane of manifest, of protoplast, of mineral, of plant, of beast, but he gave up his birthrights, just to gratify his lower self. But man will regain his lost estate, his heritage; but he must do it in a conflict that cannot be told in words. Yea, he must suffer trials and temptations manifold; but let him know that cherubim and seraphim that rule the stations of the sun and spirit of the mighty Allah who rule the solar stars are his protectors and his guide, and they will lead to victory. Man will be fully saved, redeemed, perfected by the things he suffers on the plane of flesh, and on the plane of soul. When man has conquered carnal things his garb of flesh will then have served its purpose well and it will fall; will be no more.
​

Husbandman - a person who cultivates the land; a farmer.

Man – root word ‘Men’ “to think”, which creates the grounds of Man “one who has intelligence”.

Spirit - directly from Latin spiritus "a breathing (respiration, and of the wind), breath; related to spirare "to breathe," perhaps from PIE *(s)peis- "to blow".

~Spirituality~
​The Art of Breathing

The Lungs - The lungs are the primary organs of the respiratory system. Their function is to gather oxygen from the environment and transfer it to the blood stream.

​Blood, the living spirit of man - The blood stream, being powered by the heart, carries blood cells throughout the human body. The brain needs an uninterrupted supply of oxygen in order to function optimally.

​Man, know thy self (self study) - If one were to observe the condition of ones body in the state of 'anxiety', you will quickly find out that you are not taking deep breaths. We are often taught that when ones chest is visibly raising and lowering, they are in properly breathing. Yet, if one were to adhere to the command of the Holy Bible, Matthew 28:20 King James Version "Observe all things whatsoever I have commanded you: and, lo, I am with you always...". I.e. if one were to observe nature, you will often see that animals take breaths deep enough to expand not only their chest, but their diaphragm, the area below the lungs; and that is a proper breath. This deepness of breath and natural respiratory pause will provide the sufficient amount of oxygen to the brain.

​When one is not taking this full breath, indicated by the expansion of the diaphragm, you will notice your heat rate begins to increase, as it is trying to pump enough oxygen bearing blood cells from your lungs to your brain, i.e. your brain is in a state of panic or anxiety.
​