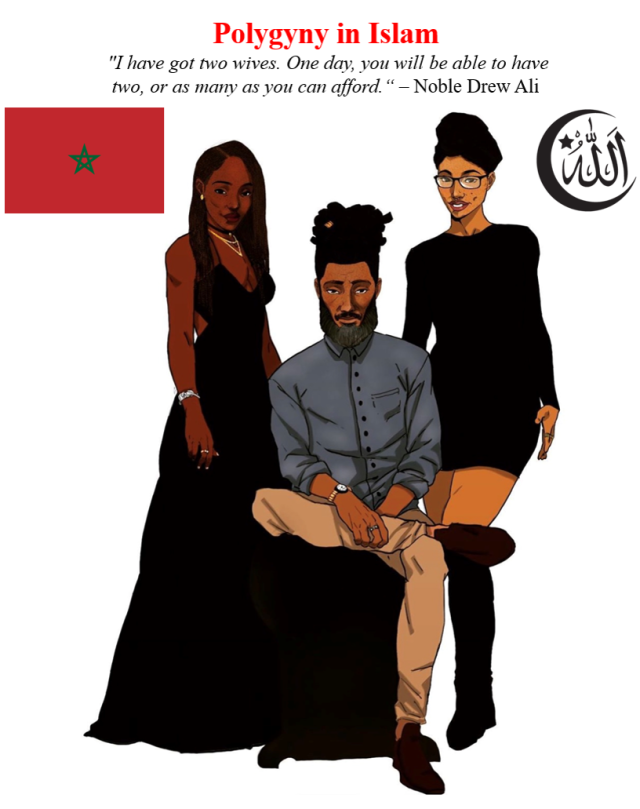 The concept of polygyny in Islam becomes a necessity under certain circumstances, but can only be practiced only under certain conditions, and with restrictions. Otherwise, polygyny in Islam is not promoted, but merely accepted as a way to safeguard women and children. According to the Qur’an, a man can marry again if his wife is chronically ill and cannot fulfil the obligations of marriage; or if she is unable to have children; or under certain conditions of wartime, when marrying widows to provide for orphans may be necessary to protect the morals of society.

Polygyny in the Al-Qur’an of Prophet Muhammad is centered around children. 4:3; 17:34

At the focal point of polygyny mentioned in the Qur’an, the absolute intent must be the wellbeing of the children and the mother. In fact, most honest analysts of the topic center around the root reason for it. A) being the issue of woman out numbering men; B) the issue of war and the scarcity of men. Which, in my opinion, both stem from the lack of men; C) Cultural norms; and D) Children born out of lust, also known as “wedlock.” Which often results in the children being orphans (fatherless).

Children who grow up with only one of their biological parents (nearly always the mother) are disadvantaged across a broad array of outcomes. As shown in figure 1, they are twice as likely to drop out of high school, 2.5 times as likely to become teen mothers, and 1.4 times as likely to be idle -- out of school and out of work -- as children who grow up with both parents. Children in one-parent families also have lower grade point averages, lower college aspirations, and poorer attendance records. As adults, they have higher rates of divorce. These patterns persist even after adjusting for differences in race, parents' education, number of siblings, and residential location.

As stated by Prophet Drew Ali, you will be able to have as many wives as you can afford. But this is not merely based on your carnal desire for women, but as stated in the Qur’an, for the children and widowed or single mothers.