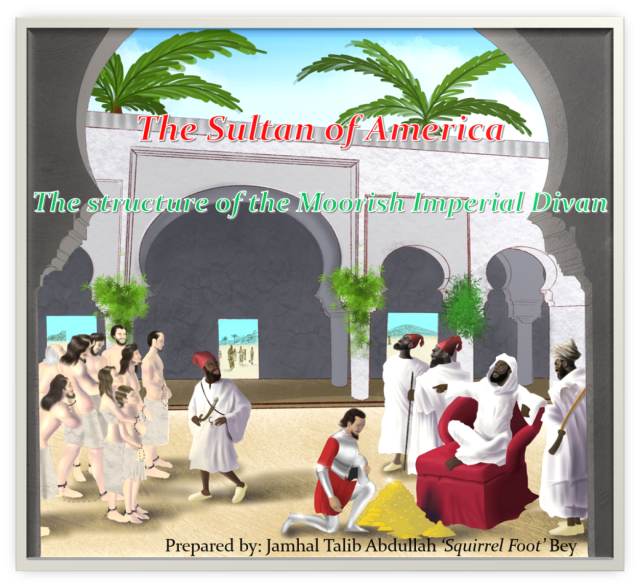 Morocco and Netherlands Treaty of Peace and Friendship 1610 (Embassy in 1640) – Hidden as the Indian Two Row Wampum Treaty (5 nations or Haudenosaunee) – which lead to the Dutch fur trade with the Lenape in 1624. 13

Articles of Peace between His Sacred Majesty, CHARLES the II. King of Great Britain, France and Ireland, &c. and the City and Kingdom of Algiers, concluded by Thomas Allen Esquire, Admiral of His said Majesty of Great Britain's Ships in the Mediterranean Seas, &c. 27

Congressional Record of America being Morocco. 30

State of Georgia recognizes Moors as aboriginal and indigenous to the Americas. 34

There are many pseudo-scholars amongst the Moors, some of which still identify as the colonial-Roman-European-brand-name “Black”, who not only straddle the fence as it relates to us being Moors. But are bold enough to make frivolous statements regarding our / their own history. Some of the foolishness I’ve heard spew out of the mouths of people who obviously never read about our history, is the alleged claim that there are no treaties prior to 1787 that link to the Sultan and the Moors having jurisdiction in America. They will also claim that there is no Moorish treaty with the United States prior to 1787 – that much is true, only for the simple fact that prior to 1774, there was no ‘United States’. Therefore, the treaty with our Sultan and the ‘United States’ prior to their independence, lay within the diplomatic intercourse and correspondences with the individual and sperate Christian-Powers or European Crowns / Monarchs.

Upon ancillary research and cross-referencing into the topic of the establishment of Anglo-European Colonies in Morocco, North America, Northwest Africa. One will find that the dark-skinned Moors, from circa 711 A.D. to the 18th and 19th century, were trafficking pale-skin European Slavs into bondage (slavery). This trafficking and piracy, was not merely confined to the area commonly and erroneously known as ‘The Mediterranean Sea’ or Iberian Peninsula. But was well established across the Atlantic Ocean, also known as the Mediterranean. These piracy attacks were also not the independent actions of individual mercenaries. They were attacks made by the Moorish fleet against various European countries for diplomatic purposes: such as punishment for not answering diplomatic correspondences; punishment for not paying tribute; counter-attacks for commercial political and geographic control and the like.