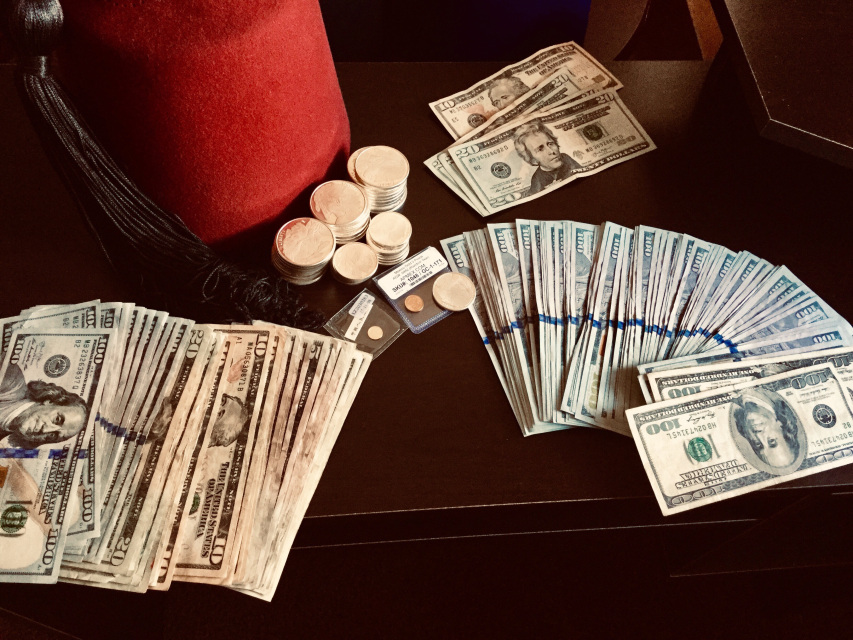 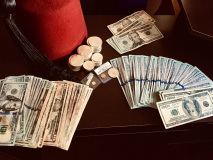 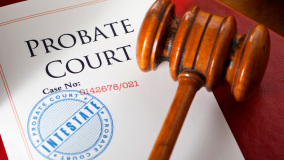 The reason we must establish a living trust expressing our will, is to avoid Probate Court.

Probate court deals with the validation of wills, but again, it is a ploy and enforcement of article 22 of the Christian Black Codes of 1724, whereby they divide our estate and tax the heirs out of their inheritance. There is no reason for them to act as a 3rd party to our affairs (Masters authority over their Slaves). Once we establish a trust and our will is expressed then it is ‘written’. Meaning, it is the law and the last order given to the heirs by the trustee or grantor for the next successor viz there is nothing to verify or validate.

Probate court, sometimes called a surrogate court, is a court that has jurisdiction via the birth certificate, 14th Amendment, and the people’s belief in their color of law contracts and transmitting utilities, as well as the people’s ignorance and status, to deal with matters of probate and the administration of estates; with reference to escheat. In some jurisdictions, such courts may be referred to as Orphans' Courts, or courts of ordinary. In some jurisdictions probate court functions are performed by a chancery court or another court of equity, or as a part or division of another court. All of which are guised as assisting people with the validation of wills etc. and often times result in the rightful heirs apparent being taxed out of their property by the European administers because we don’t know law; nor do we assert our right of claim to our land.

Probate courts chicanery (the use of trickery to achieve a political, financial, or legal purpose) administer the distribution of the assets of a decedent (one who has died), adjudicates the validity of wills, enforces the provisions of a valid will (by issuing the grant of probate), prevents malfeasance by executors and administrators of estates, and provides for the equitable distribution of the assets of persons who die intestate (without a valid will), such as by granting a grant of administration giving judicial approval to the personal representative to administer matters of the estate. A surrogate is a substitute, especially a person deputizing for another in a specific role or office when said person is incapable of disposing of anything or participating in any contracts i.e. mentally incompetent.

Article 22 We declare that slaves have no right to any kind of property but that all that they acquire either by their own industry, or by the ability of others, or by any other means or title whatever shall be the full property of their masters; and the children of said slaves, their fathers, mothers, their kindred or other relation either free or slave shall have no pretensions or claim thereto, either through testamentary nor positions or donations inter vivace; which dispositions and donations we declare null and void, and also whatever promise they may have interred into by persons incapable of disposing of anything and or participating to any contract.

The Birth Certificate / Berth Certificate, is, a creation of a thing and that thing is given the ALL CAPITAL LETTERS NAME a STRAW-MAN / Artificial Person, being a homonym, that looks and sounds like our name, but is not. Considering another human cannot transact business in another man’s name and be honorable, the all capital letter name, as an example, JOHN DOE, is distinguished from John Doe. European family names, otherwise known at law as “Christian names,” have been placed on us to keep us in dishonor and to convert all the wealth we generate within that name, over to their family trust.

The root word of ‘Birth’ is from PIE *bhrto past participle of root *bher- (1) "to carry; Old English beran "to carry, bring; bring forth, give birth to, produce; to endure without resistance; to support, hold up, sustain; to wear". In reference to maritime law: It is in reference to vessels or ships docking, anchoring or mooring to a port for rest, maintenance, on and offload etc. When the ship or vessel docks, it is given a certificate of berthing, logging in the date, time, arrival, parentage (from whence it came) and the name of the ship, as well as the Capitan or principal agent of the ship. This information is gathered in order to later (bond) collect a docking fee (debt) from the ships Capitan (debtor) and its crew for the compensation of being allowed to dock their ship at the owner or Bey’s port (creditor). This same rule is applied to the attaching of a debt (bond / Berth Certificate to an infant when the Spirits-Vessel (Physical body) is passing though the mother’s water and enters the hands (port) of the Dock-tor. The baby’s anchor is its placenta, attached to its nav-el (navigating (like a ship) El (God)). That placenta is then dropped in the Dock-tors ‘ports’, this, an alleged debt is owed by said baby. Thus, that child would never be able to buy anything, nor sell anything unless they have the name attached to that Berth Certificate or the number associated with that name called a Social-Security-Number: - King James Bible Book of Rev.12: