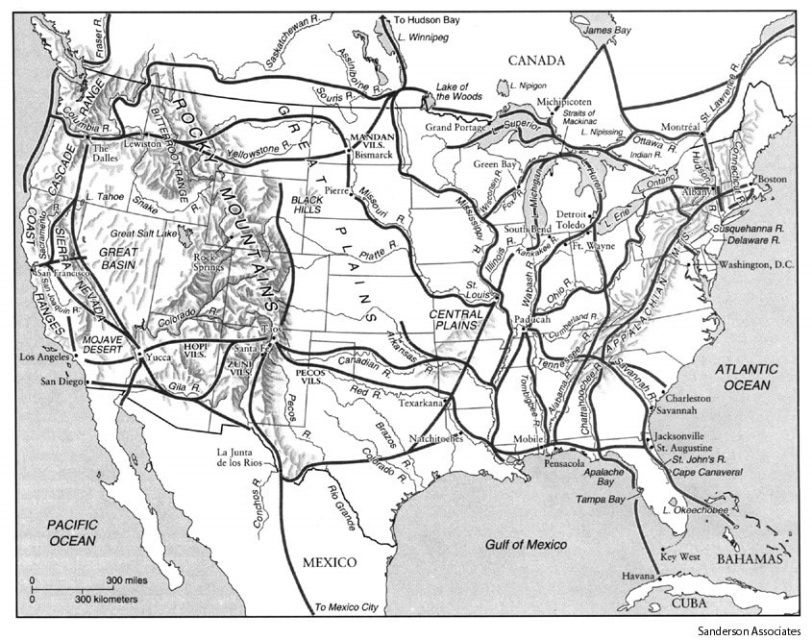 Moorish Empire (who, what, when, where, why)

The territorial jurisdiction, control, reign, extent and power of the Moorish Empire has, like everything else in nature, changed throughout history.

The Moorish Empire was a global empire. Evidence of the Moorish rule in the Americans have been found in the governmental, cultural and religious structure of the Ol Mec’s (c. 2500 B.C.) and Aztecs of central America. As well as the Mississippi Mound Builders and Iroquois Confederacy of North America. The Moorish Empires vast commercial and political structure also connected with the Incas, the Miskito, the Musica, Taino and Arawak’s of South America and the Adjoining Islands.

In fact, the Prime Minister of Turkey, Recep Tayyip Erdoğan has revealed to the Western World that Muslim’s (Moors) had been on this land at least 500 years before Columbus and had diplomatic relations with Turkey. Additionally, ancient Quranic manuscripts and Scimitars, the sword known to be carried by Moors, were discovered from the pre-Columbian era (c. 900 A.D.) was found by members of the University of Rhode Island (c. 2016 A.D.).

During the 7th Century A.D. Moors entered into Europe; most scholars portray our ancestors as conquering Spain. but we did not ‘Conquer’ Spain, the conditions of Al Andalusia prior to Moorish rule were horrible. The people were barbarians, Pale-Europeans did not bathe and slept with the animals in barns. Due to the lack of hygiene on the Europeans part, they caused the rapid spread of the black-plague. The Black Death, also known as The Great Plague commonly known as The Black Plague, was one of the most devastating pandemics in European history. The lack of hygiene due to European intellectual darkness resulted in the deaths of an estimated 75 to 200 million people in Eurasia and peaking in Europe from circa 1000 - 1300. It is a known fact that the Moors initiated the rebirth of Europe, known as the ‘Renaissance’, circa the 13th century. Hence the name ‘Renaissance Men’ for well-established European Men claiming to be ‘White Americans’, as a signifier that they know the truth about man. The same stands for the phrase ‘Traveling Man’. The disease spread from Italy, northwest across Europe into France, Spain, Portugal and England then turned and spread east through Germany and Scandinavia, upon further study of the Moorish Empire in Europe you will begin to see how the Moorish science of curing diseases began to cleanse all of Europe.

During the same time the Umayyad Caliphate was in Al-Andalusia (Spain), we also had administrative political and commercial dominion in Al-Hindi (Hindustan / India) (c. 622 A.D.). But our connection in Hindustan was not merely due to an ‘invasion’ during the 6th century. Our connection and roots go deeper into Zoroastrianism (Rasta) (c. 6th century B.C.) and the Mauryan dynasty (c. 322 B.C.).

The establishment of the ancient City-States and kingdoms of Carthage, Mari, Ur, Urk and Timbuktu is also accredited to the Moors. These locations, as well as Cordoba (Cordova), are well-known for their merchants and commerce, which was the life blood of the Moorish Empire and the reason why it was so powerful. Our control of commerce is what connected the Western Hemisphere and the Eastern Hemisphere. The silk road was established by Moors and was pivotal in the spice, silk and sugar trade.