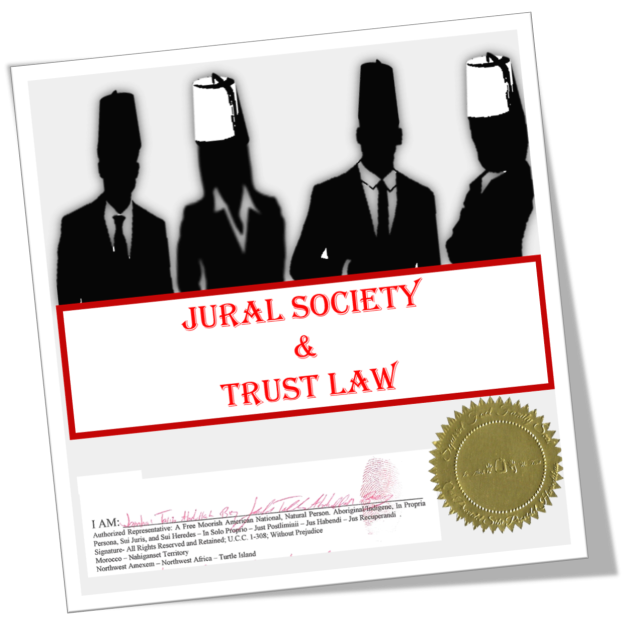 November 1910, six men – Nelson Aldrich, A. Piatt Andrew, Henry Davison, Arthur Shelton, Frank Vanderlip and Paul Warburg – met at the Jekyll Island Club, off the coast of Georgia, to write a plan to seize control over banking system in Morocco. The meeting and its purposes were kept secret and its participants did not admit that the meeting occurred until the 1930s. The plan written on Jekyll Island laid a foundation for what would eventually be the Federal Reserve System.

The Federal Reserve At of 1933 was an act which granted its private members (the agents of the federal reserve bank) the authority to furnish fake currency, i.e. Private Commercial Paper (Federal Reserve Notes), to gain control of banking in Morocco and for other purposes such as controlling commerce, the stock market and economics, there by being able to induce, at will, inflation, the devalue of goods and services and thus, the controlling people’s energy.

The IRS is used for book keeping in order to gauge how passive and docile the people are while the European Colonial Occupiers administrate government here in Morocco and use the natives as their military might, placing those aboriginal Moors, branded blacks, coloreds, Jamaicans, Spanish, Dominicans etc., on the front lines to kill off our population.

It is a very simple process, the Federal Reserve Bank demands people use their private commercial paper as money, an obvious obstruction and violation of the Constitution; as a way to gauge how well they are keeping people stupid in their school systems. This system works quite well for them. Keep the natives stupid, control and print as much paper as you need at low costs. Once anyone violates any of your private laws, demand that they ‘pay’ you with your private paper, which they do not own because its private. Therefore, the only way for them to acquire this paper is to work for one of your business partners corporation, who is also in cahoots with you to only use your private paper as means to control the energy of the people. i.e. The Mob in a ruling class. Democracy. It is a bureaucratic form of forced servitude – Economic “slavery”.

The Federal Reserve Act December 23, 1913, 12 U.S.C. §§ 221 to 522 is an Act of Congress that created and established the private Federal Reserve System which is the central banking system of the United States Inc., which created the authority to issue Federal Reserve Notes as legal tender, contrary to the Constitution (Art 1 sec 10). The Act was signed into law by President Woodrow Wilson.

§ 3-604. DISCHARGE BY CANCELLATION OR RENUNCIATION.

Federal reserve notes...shall be obligations of the United States ..

OBLIGATION. A formal and binding agreement or acknowledgment of a liability to pay a certain sum or do a certain thing. United States v. One Zumstein Briefmarken Katalog 1938, D.C. Pa., 24 F.Supp. 516, 519.