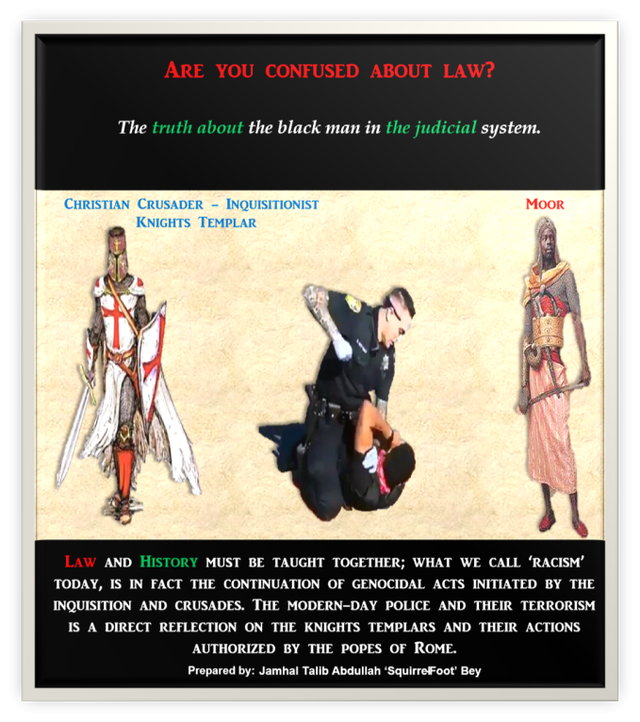 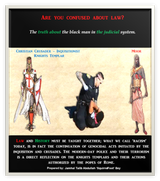 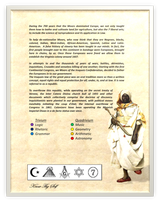 Are you Confused About Law?

The General Civil Orders aforementioned gave notice to all “federal”, “state” and “municipal” employees and “elected officials” that they are employees of a private for-profit corporation, and that any acts that they take infringing on the rights and prerogatives of the American people are to be treated as criminal acts.
Therefore, all of “The United States” laws are private corporate laws to which none of those laws apply to the people. For example, if the CEO of McDonald's creates a law, that law will only apply to the employees of McDonald's. The same corporate principle applies to the corporate United States.
Through deceit, trickery and what is known as “color of law.” and police terrorism, this private corporation has been able to force these corporate laws on the people. Almost every corporation has its own security, this is where the police force comes into play. Their job is to protect and serve corporate interests and assets, not the people.
Soldiers of the Temple - Knights Templar

The above Papal Bulls (Decrees from the Pope) is what allows the Knights (police) to reap havoc and terrorize people during the Inquisition. Knights would often take people's personal property, kill people in the streets, harass merchants, extort money from the people often guised at taxes etc. Upon seeing a group of knights walking the streets, a feeling of guilt and fear came upon the citizens, a fear of “will they stop and harass me next”, the same feeling people get today when they see police cars behind them, near them, on the side of the road, etc. Knights were allowed to rule and control areas that they had conquered from Moors, the Soldiers of the Temple are the modern-day police.

“In fact, Manozca’s true character had been apparent for forty years, ever since his appointment as one of the first inquisitors of Cartagene, Colombia, in 1609. In Cartagena Manozca and his colleague Matoe de Salcedo had made a habit of hauling market traders before them and seizing whatever took their fancy, throwing them into the inquisitorial jail if they did not comply.” - Inquisition Reign of Fear by Toby Green page 4

“…But Inquisitors were widely seen as above the law.” - Inquisition Reign of Fear by Toby Green page 5

“Directorium Inquisitorium – the 14th-century rubric for inquisitorial procedure written by Nicholas Eymerich, an inquisitor of Argon – he wrote, “We must remember that the essential aim of the trial and death sentence is not saving the soul of the defendant but furthering the public good and terrorizing the people.” The inquisition clearly believed that fear was the best way to achieve political ends.” - Inquisition Reign of Fear by Toby Green page 14

Modern police ticket you for speeding, no license, etc. although the courts have declared that police can only stop you if you've committed a crime or you are suspected of committing one etc. Yet they will steal your property if you don't have registration or a license, although the courts have already declared that they are not necessary and you cannot be arrested for not having them. They will force you off your lands, arrest you without warrant, and often kill you in cold blood in the middle of the street, just as the Knights Templar were the terrorists back in the day, what is commonly referred to as police brutality is in fact Police Terrorism, a continuation of what the Knights Templar have been doing. This is why, often times the chief of police, politicians, judges etc. are all Masons or Klansmen (KKK), they are all Knights, part of the same system that have been suppressing Moors for thousands of years.

The police are the modern-day Knights Templar, guised as men/women of law, although they violate the supreme law of the land DAILY. Knights Templars during the Inquisition and crusades often kid-napped Moors off the street and accused them of crimes they did not commit, often times torturing them until they pled guilty even though they were innocent. These tactics were also used against us here in America, so-called black men  (Moors) would be found guilty, and still to this day, for crimes we/they did not commit. One of the most popular crimes / claims made against Moors (so-called blacks) here, were to agree to the raping of a so-called white woman, this would often stir up a fiery-rage of emotions amongst the people making it easier to prosecute and often times hang an innocent man.

The Bishops or Magistrates of the realm (Governors of state or Municipal Judges) would often hold Knights (Local and State Police) not guilty for crimes perpetuated against the public, this is why police can kill people on the streets today, be found not guilty of murder and get paid time off.
Knights Templar were also prominent in ‘Christian Inquisition finance’; Christian Inquisition finance refers to banking and financial activities of the clergy, whether the finance is derived from the activities of the Knights (extortion guised as parking, speeding and other traffic tickets in modern-day), ‘Mounts of Piety’ / Banks (bank loans, investments with sever interest rates, and other banking financial moves made by rich families; the I.R.S. etc.) and the activities of the ‘Apostolic Chamber’/ Church (i.e. 501c3 and church tithing / tax.)

The word Inquisition means “to question,” “to investigate,” this is why the police, FBI, and other organizations make claims of investigation, these so-called investigations are in fact inquisition operations against our people. When they ask what corporate state are we from they are really asking who is our slave master (think 14th amendment), when they question what our name is, they are looking for a ‘Toby’ or a ‘Kunta’; in other-words, are you a Morisco or a Moor?, are you an Indian or Black – meaning, have you sold your birth right? or do you stand on your square and honor you mother and fathers nationality?, based upon your answer (competence) these questions help them establish a quasi-jurisdiction over you, for them to encroach and molest your birth rights.

"Nowhere in the document [constitution] for instance, is there specific authorization for congress to found anything like the Federal Reserve System or even a bank to enable it to discharge its fiscal responsibilities, create a national police force like [but not limited to] the Federal Bureau of Investigation..." – American Constitutional Interpretation 2nd edition by: Walter F. Murry, James E. Fleming and Sotirios A. Barber page 11

They work together [Police, Tow companies, Judges, Governors, Insurance companies, Banks, Trust companies etc.]. To keep thinking they will persecute their friends is to keep suffering from the continued Inquisition and Crusades that have not ended, but merely changed names, clothing and a slight change in language.

To keep the lower level police and troopers in check, they keep this knowledge on a ‘Need to know basis,’ similar to the military secrete clearance structure, where all the higher-ups know that the police are in fact the military arm and enforcers of corporate law to benefit the rich and rob the poor or lower class working citizens (Knights-Templars), because if this knowledge was commonly known, the morality and good in people would fix the issue, as people would stop joining the police force in hopes to provide security for the people, when in fact the police do the exact opposite. If the truth was given to people bluntly, many people would not be in the compromising positions they are in today and these organized oppressive systems would collapse in an instant.

In the, SAPP vs. Tallahassee case, it is clear that the duty of the of the police is to protect corporate assets, enforce corporate law and arrest those who break them; “Code breakers”. In the case Ms. Sapp was attempting to hold the Tallahassee police responsible for not assisting her, upon them witnessing two men entering a hotel shortly after her and running out of the hotel moments later; after robbing and beating her, logically she sought remedy.
​
The court decided that since the police had no special duty nor contractual obligation to her, they then were not liable. Which would be a conflict of law considering they (the police) make claim to be “Law Enforcement Officers”, in the law enforcement code of ethics - oath; in the first paragraph, it reads:

“As a Law Enforcement Officer, my fundamental duty is to serve mankind; to safeguard lives and property; to protect the innocent against deception, the weak against oppression or intimidation, and the peaceful against violence or disorder; and to respect the Constitutional rights of all men to liberty, equality and justice.”

books are expected to be here in January 2023 so expect to have them no later than the month of Feburary.